"Our students are engaged, intelligent, and committed to decency and integrity—a privilege to teach and, in time, to know as colleagues."

The Notre Dame Law School has many students interested in the study of constitutional law and the structure of government. Our students hail from dozens of different states and represent a highly selective student body. The faculty admires them not only for their strong intellects, but for their integrity and colleagiality. As Professor A.J. Bellia, Founding Director of the Program on Constitutional Structure puts it, "Our students are engaged, intelligent, and committed to decency and integrity—a privilege to teach and, in time, to know as colleagues." 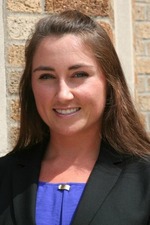 Laura Aronsson is a third-year student from Vermont who attended Yale University and will clerk after graduation for Judge David W. McKeague of the United States Court of Appeals for the Sixth Circuit.

"My favorite aspect of my study of constitutional law at Notre Dame has been class discussions. From intimate seminars to larger lectures, the professors challenge the students with stimulating questions on timely topics. With thoughtfully selected and carefully edited reading assignments as a base, students are more than willing to participate, and the professors are eager to listen and respond. Outside of the classroom, professors are readily available to sit down and discuss in depth students' questions." 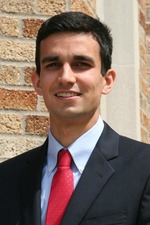 Patrick Cassidy is a third-year Wisconsin native who attended Boston College and will clerk after graduation for Judge Diarmuid F. O'Scannlain of the United States Court of Appeals for the Ninth Circuit.

"[O]ur founding institutional vision: to become a wellspring of hearts and minds devoted to the common good." 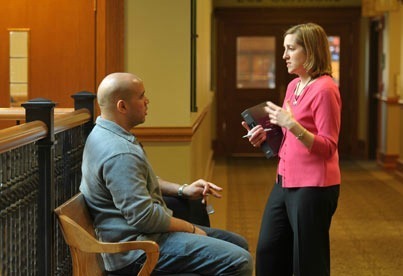