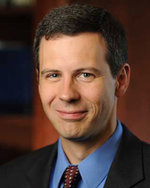 In a forthcoming article, Professor A.J. Bellia examines important questions surrounding the powers of federal courts under the Constitution.  The article—entitled The Process Acts and the Alien Tort Statute—confronts the question whether federal courts have power to adjudicate causes of action that neither Congress nor state law has created.  Courts and scholars have long debated whether federal courts enjoy the power to hear such actions—commonly called “federal common law” causes of action—or whether they only have power to hear actions that Congress or a state has authorized through its regular lawmaking processes.  In debating such questions, judges and scholars usually presume, as a historical matter, that early federal courts had power to find causes of action in general common law.  In this article (co-authored with Professor Bradford Clark, George Washington University Law School), Professor Bellia recovers a lost history demonstrating, contrary to conventional wisdom, that early federal courts did not find causes of action in general common law.  Rather, early federal courts adjudicated only those causes of action that specific legislation of Congress authorized them to adjudicate.  The article examines some of the wide-ranging implications of these findings for problems of federal judicial power today.  Professor Bellia will present the article at various venues this year—including this fall at the NYU Legal History Colloquium—and the article will be published next spring in the Virginia Law Review.

In January, Professor Bellia will participate in a panel at the annual conference of the American Association of Law Schools in Washington, DC that more broadly considers the role of history in the law of federal courts.  In addition to Professor Bellia, the panel will include Professors Bradford Clark (George Washington), Richard Fallon (Harvard), Tara Grove (William & Mary), and Amanda Tyler (California).  The papers from the panel will be published in the annual Federal Courts issue of the Notre Dame Law Review.