On October 18, leading scholars from the United States and United Kingdom gathered at the Notre Dame London Law Centre for a conference addressing “International Perspectives on Public Law.”

The two-day conference, which was sponsored by the London Law Centre and the Notre Dame Program on Constitutional Structure, included wide-ranging discussions of institutional design, constitutional theory, and relationships among the instrumentalities of government. Proceedings were organized around the discussion of eight working papers addressing cutting-edge issues of public law in the U.S., U.K., and European Union. 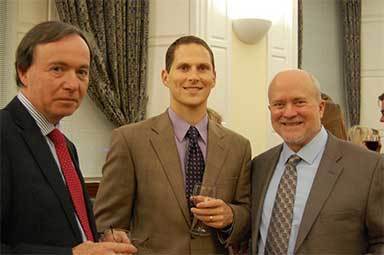 Notre Dame Professor Randy Kozel, who organized the event, called it a huge success. “The basic idea behind the conference was to bring together scholars who were trained in different legal traditions but who share a focus on matters of constitutional theory, public rights, and judicial behavior,” Professor Kozel said. “The conference discussions reflected both the differences and the commonalities. They were wide-ranging and diverse, but they revolved around a common core of issues that we all grapple with in our respective ways. And to be able to host such an outstanding group of scholars here at the London Law Centre was a great privilege.”